Menu
GET A QUOTE
SCHEDULE

11 Amazing Snow Sculptures That Will Blow Your Mind

So you thought that carrot-nosed snowman you built in your front yard was some top-notch handiwork, did you? You haven’t seen nothing yet! There are some incredibly talented folks out there who have taken the concept of snow art to the next level. Feast your eyes on some of these crazy snow sculptures and creations that will blow your mind:

Japanese army troops really brought the force on this one. Standing roughly 50 feet high, Darth and the gang were created for the 2015 Sapporo Snow Festival in Japan.

Mastered the traditional snow fort? Perhaps it’s time to up your game with this medieval beauty, complete with a dragon and all.

Here is another gem from the Sapporo Snow Festival. The festival is held each winter and is one of the largest events in Japan.

Who knew such talent was in our own backyard? This one is from the 2009 Budweiser International Snow Sculpture Championship that was held in Breckenridge.

To be honest, we’re not entirely sure how to describe this one, but we’re willing to bet it has some unique story behind it.

Okay, maybe it’s not the most elaborate of the ones we’ve seen, but the concept is hilarious and somewhat ingenious.

Another find from the Breckenridge Snow Sculpture Championship! This bit of Greek mythology was brought to the mountains by Team USA from Milwaukee.

We can only guess that this is a larger-than-life-sized version of the literary classic, Moby Dick.

We know we already shared a snow castle, but we couldn’t help but add this one to the list. Plus, it comes with sledding tracks, which makes it doubly awesome.

We hope you’ve enjoyed our roundup and are now inspired to turn your winter landscaping into a snow sculpture extravaganza. 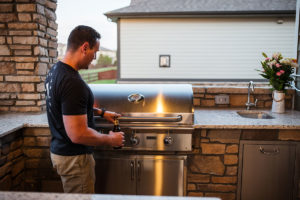 The Best Materials for Your Colorado Outdoor Kitchen

Cabinets, countertops, decking, furniture…there are so many options to choose from. Here are the best finishes and materials for your Boulder, NoCo, and Fort Collins 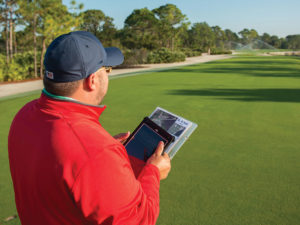 As a business owner or property manager, you not only want a beautifully maintained landscape design to welcome your customers, but you also want to

Stay In The Know

Sign up for our landscaping email and be the first to receive special offers, the latest news, and special tips.